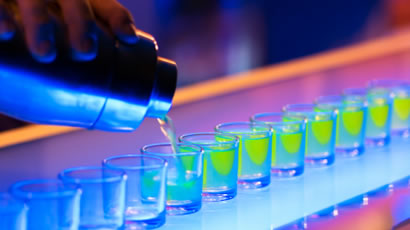 So, a guy walks into a bar and orders $80 worth of shots; guess what happens next?

A Volusia County man was arrested by South Daytona police for taking the rap lyrics “shots, shots, shots” and “the roof is on fire” too seriously. Jason Buchanan, 33, walked into a bar where he then ordered $80 worth of alcoholic shots last Friday. As his blood alcohol level rose, so did his testosterone level. After setting fire to a trash can in a bar bathroom, he then got into a fight with several people when trying to leave. Police said he punched everyone who tried to stop him in the face, including one man over 70 years old.

Though the fire didn’t do any serious damage, Buchanan was locked up in the Volusia County Branch Jail on the following charges: