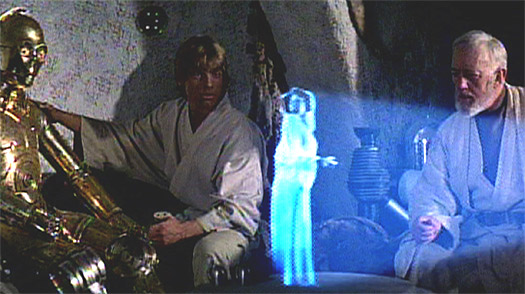 This week’s For Real? Fridays! sounds straight out of a bad sci-fi film. Martin County Sheriff’s investigators reported to the rental trailer of a 53-year-old man who reported that “people” in his home had abducted his 51-year-old wife. People in the form of holograms and signals, that is.

According to reports, the man was “extremely agitated” as he stood out front his trailer while waiting for deputies. Upon entering, officers noticed alcohol bottles, trash and other various items throughout. When asked where the man’s wife was, he said “they abducted her.”

“(The man) stated that they used holograms to project signals on the walls to get him to do what they wanted and to communicate with each other,” the report states. Soon after, the man contacted his wife, who turns out to be his girlfriend and was actually at a trailer belonging to his aunt. The wife/girlfriend said that “men” chased her there. However, the man’s aunt reported the girlfriend was drunk and “was seeing people and animals at her trailer that were not there.”

The couple insisted that “intruders used holograms to trick them into thinking that they were in the house and then chased them to the aunt’s trailer several lots down,” according to the report.

The property owner told officials that the last time police were called to the scene, the couple was smoking drugs, the man was in the road with a gun and the wife/girlfriend was “digging for gold” in the middle of the road.